TrailNet at UF investigators devote time and expertise to studies aiming to deliver upon the core mission of the UF Diabetes Institute: to improve the lives of people with diabetes through innovative clinical care, education, advocacy and research. Learn more about these investigators and their research interests by clicking here. 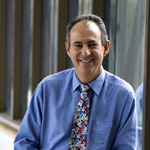 Dr. Schatz has been involved in Type 1 diabetes (T1D) research since the mid 1980s and has published over 180 manuscripts, mainly relating to the prediction, natural history, genetics, immunopathogenesis and prevention of T1D.  He is the principal investigator of multiple ongoing T1D clinical trials at the UF Diabetes Institute. Recently he was awarded the Mary Tyler Moore and S. Robert Levine JDRF Excellence in Clinical Research Award with his colleagues Dr. Mark Atkinson and Dr. Mike Haller. In January 2016, Dr. Schatz began serving his term as  President of the American Diabetes Association. 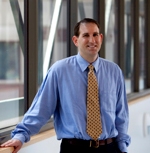 Dr. Haller began working with Type 1 diabetes (T1D) during his first year of medical school and has committed his academic career to developing safe and effective therapies for the prevention and reversal of T1D. Dr. Haller works with clinicians and researchers to develop a T1D cure. He has published over 75 manuscripts and book chapters about T1D and is the principal investigator of numerous intervention studies for T1D patients. He has received awards and research grants, including the prestigious Juvenile Diabetes Research Foundation (JDRF) Mary Tyler Moore and S. Robert Levine Excellence in Clinical Research Award, the ADA Cure Award, the Lawson Wilkins Clinical Scholar Award, and the ISPAD Young Investigator Award. Dr. Haller is currently funded by the NIH, JDRF, and the Helmsley Trust to support his work in developing combination therapies for T1D. Dr. Haller serves as Principal Investigator of the ATG-GCSF Study and is the TrialNet Protocol Study Chair. 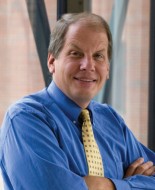 Dr. Atkinson is currently Eminent Scholar for Diabetes Research at The University of Florida. He also serves as Director of the UF Diabetes Institute. The author of over 375 publications, Dr. Atkinson is beginning his 30th year of investigation into the field of type 1 (insulin dependent) diabetes. Dr. Atkinson has been the recipient of multiple scientific and humanitarian based awards for these efforts. Those include three from the Juvenile Diabetes Research Foundation (JDRF). Recently, he was awarded the Mary Tyler Moore & S. Robert Levine M.D. award for translational research on type 1 diabetes (2004). He is also the recipient of the JDRF’s Rumbough award for contributions to diabetes research (2005), and a recent recipient of the prestigious Eli Lilly Award for Outstanding Scientific Achievement from the American Diabetes Association (2004), a rare honor in type 1 diabetes from that organization. Dr. Atkinson has also been active in a leadership service to the type 1 diabetes community, with active administrative or advisory service to The Juvenile Diabetes Research Foundation, The American Diabetes Association, The National Institutes of Health, Diapedia, and the Immunology of Diabetes Society. Dr. Clare-Salzler’s areas of clinical expertise lie in the diagnosis and management of T1D, autoimmune thyroid disease, management of thyroid nodules, fine aspiration of thyroid nodules and thyroid cancer. He is also well versed in other endocrine diseases including Cushing’s Disease, pituitary disease, pheochromocytoma, adrenal tumors and parathyroid diseases. Dr. Clare-Salzler is a member of the NIH funded International Multi-Center diabetes prevention trial, the Diabetes Prevention Trial for T1D or DPT-1. He is also an investigator on other diabetes screening programs at UF including the infant screening program PANDA. 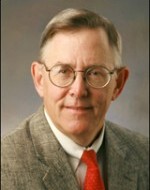 Since 1982, William E. Winter, M.D., has been involved in a variety of research studies on diabetes and related endocrine disorders. In 1997, he was appointed medical director of the UF Health Pathology Laboratories’ Endocrine Autoantibody Laboratory. Dr. Winter is a diplomate of the American Board of Clinical Chemistry and American Board of Pathology-certified in pediatrics, pediatric endocrinology and chemical pathology. He is also is the principal investigator for the islet cell autoantibody core laboratory for the NIH-funded study, “Type 1 Diabetes TrialNet.”  His current research interests include studying the more unusual manifestations of diabetes in children and adolescents, autoantibody testing in type 1 diabetes, and type 2 diabetes in pediatric patients.